Florence Given’s “Women Don’t Owe You Pretty” is the perfect book to help you breakdown feminism and - for the females - learn how to feel more empowered in your skin.

Below, you’ll find 9 powerful quotes, or my key takeaways, which are divided into categories: The Female Experiences, The Self, Dating, and Human Relations. This is a quick overview of some of her lessons — and while I chose a number of quotes that resonated with me, there are many more that are worthwhile. Her book is full of insights and whether you read the book or just this post, I hope you enjoy her perspective as much as I do.

In her book, Given encourages women to take ownership of our sexual selves:

“Men are often described as ‘driven for sex’ as if it’s something they can’t control,” she writes. “The reality is both men and women are sexual beings. Ownership and acceptance over our sexual selves is super important in finding equality.”


Prettiness as a Currency

Given also asks women to look a little deeper at where our value has been placed and why:

“I realized how much of my self-worth was determined by whether or not I appeared desirable to men, and whether that prettiness would be enough to encourage them to treat me with respect…” she reflects. This topic feels particularly timely with the release of “My Body,” the book of essays by Emily Ratajkowski. Both authors focus on the concept of “prettiness as a currency.”  In short, being attractive for men has offered many women the ability to be seen or heard, and gain financial reward or access to male dominated spaces, and so on. You may say this can flip on both sides, but let us remember who historically holds most of the power… 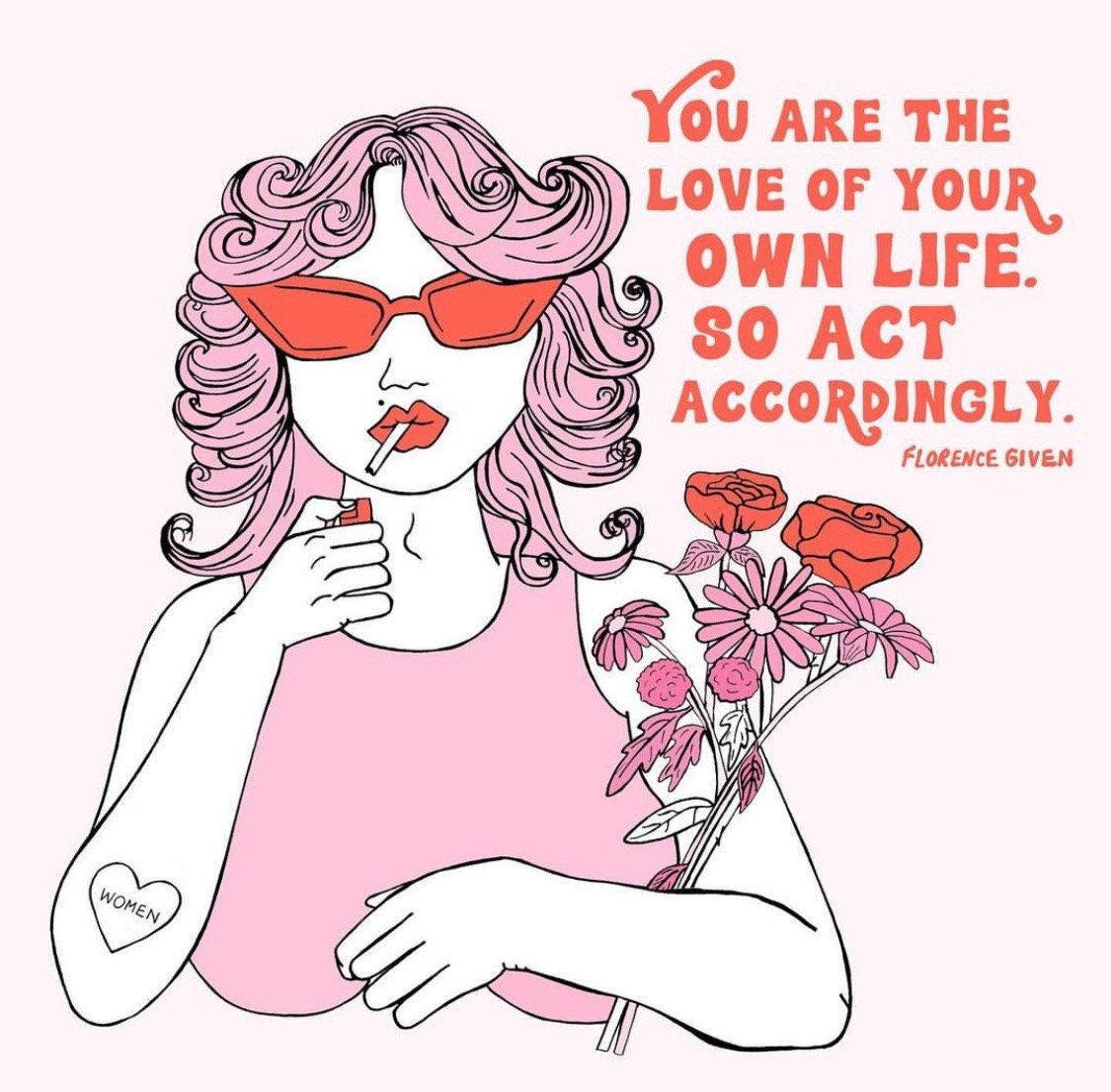 “When we are told to dislike ourselves so consistently, and that beauty and sexuality look like one specific thing — defiance is an act of resistance,” she writes. For example, let’s look at the choice to grow out armpit hair. “I stopped shaving my body the second I realized the reason I did it wasn’t anything to do with my own discomfort,” Given writes. “I was fed up being told that I should be repulsed by something that was part of my own body.”

Given reminds the reader that there is no better option than to design a life that is solely for themself. “You cannot win, and the world will judge you either way,” she observes. “Being your authentic self forces people to reveal whether they deserve a place in your life or not.

Given explains that self-growth is very painful, which runs counter to plenty of mainstream self-love advice. If you’re uncomfortable as you grow and change, you are probably doing it right. “Self-growth is a process of removing the external quick fixes and feeling all the things you don’t want to feel,”
Given notes. “It’s uncomfortable, it requires time alone, and often — a whole lot of tears….Growth can be difficult because you are going somewhere you’ve never been before… It can often be challenging [on relationships] because, if one of you grows, the other can’t connect to you anymore — you remove the commonality.” 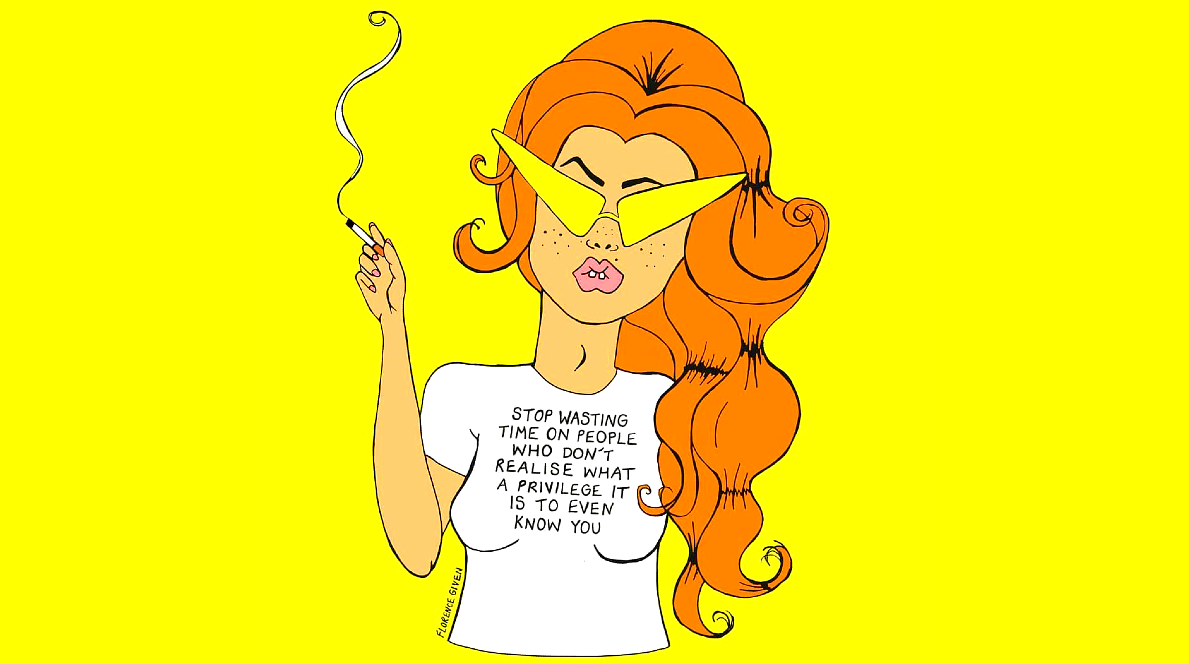 Given encourages the reader to view themself as the multifaceted human that they are: “Here is a simple mindset that may help someone when it comes to exploring their own sexuality,” she suggests. “Consider: We are all multifaceted human beings… Maybe your dating life is more dimensional than strictly wanting the other sex. And maybe that’s ok.”

Given urges readers to focus on themselves, and to only dive into a relationship when it truly serves them, using what she calls The Cake Analogy. “You’ve got to learn to make the cake yourself. Because when you already have a delicious fucking cake, the idea of someone else’s crumbs and settling for a mediocre love that leaves you starving cease to be tempting,” she explains. “You must live your life as if no one is ever going to make you a cake. You ensure that you have everything you could possibly need, supplied to and from yourself. This is your table, you set the standard and you choose who gets a seat.”

And while it’s easy to think that you’re not “complete” until or unless you’re in a relationship, it’s worth focusing on finding ways to feel whole on your own. “If we don't feel that we are capable of growing, becoming successful or honing our own skills, the next best thing is to cling to a person who is,” she warns. But settling for second-best is never a good recipe. 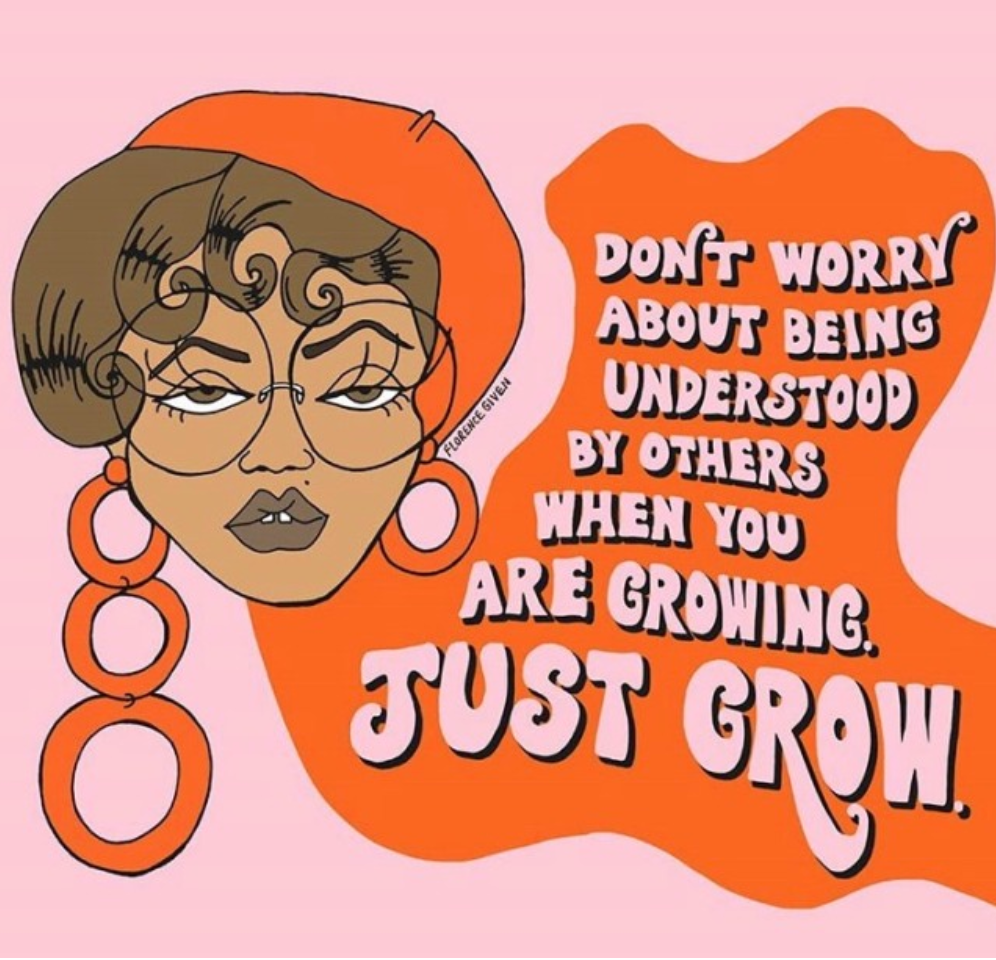 Given encourages readers to always view themselves as equals to others.

“We often idolize people who highlight something we feel we are lacking within ourselves,” she says. “Putting someone on a pedestal dehumanizes them, because we expect the impossible of this person and don’t give them a chance to be a multifaceted flawed human. With the expectation of perfection, comes inevitable disappointment. If you can feel that you’re putting someone above yourself, it’s an indication that you need to do some digging and figure out what it is you feel you’re lacking.”

And Given succinctly phrases exactly how privilege works in modern western society:  “To have privilege is to be afforded unearned benefits in society, based on being part of a social group,” she says. “The reason you are privileged is because another group is suffering.”

Oh and here is a bonus 10th takeaway…